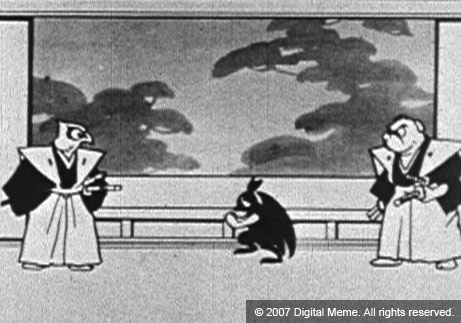 Once upon a time, the birds and the beasts fought each other in a war. It was a terrible conflict, and the clever bats would side with the birds when the birds were looking victorious, and then they would become allies of the beasts when that side was winning battles. At last the war came to an end, the two parties reached an amicable settlement, and a great party of friendship was held. But when it came to the turn of the bats to perform in the program, their fence-straddling tactics were exposed, and everyone refused to associate with them. Since that time, the bats have been too ashamed to show their faces during the day, coming out only at night to flit silently around.